Why can’t I have a self driving car today? Be careful what you wish for…

A Little History of The Self Driving Car 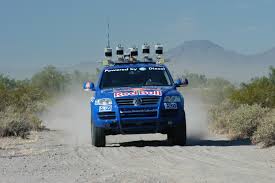 Did you know that the self driving car was not invented by Google? In fact it was invented at Carnegie Mellon University and Stanford, by a group of people funded by Bosch and DARPA (Mercedes-Benz, VW/Audi, and GM funded the later iterations years before Google was ever involved). The NavLab at CMU was run by Chuck Thorpe, Redd Whitaker and one of his graduate students, Sebastian Thrun. A more complete list of inventors of the self driving car can be found here and here. One of the reasons the idea of a self driving car was created was to help reduce the amount of car accidents that happen on the road. Car accidents are awful things as they often lead to the wrongful death of an innocent driver. If this has happened to your loved one then you migth need to find someone like this Abilene Lawyer to assist you in your case. It was hoped that a self driving car could eliminate any driver error and therefore reduce the number of accidents. My first experience with a self driving car was in 2002 at Carnegie Mellon. It successfully navigated the Newell-Simon Hall Parking Lot and topped out at 15 mph. Research for the self-driving car started in the mid 80’s. This is great progress, as it means that there is a chance that in the future, we will only have self-driving cars. This might even help the problem of people getting into car accidents as driving can be a dangerous thing. Although, using a dash cam from Blackboxmycar can help find out the true cause of a crash if one did occur. There is a high chance that people who drive at the moment are likely to get into a car accident. Even if you are a careful driver, one little mistake and you could have an accident. On a side note, if you’ve been involved in an accident and it wasn’t your fault then it might be a good idea to get a lawyer involved. You could check out someone like these Car accident attorneys to give you a better idea of how your case might be won.

Here’s some videos of some of the early self driving cars:

Think of the self driving car as serving the same purposes as a drone, but on land.

It’s meant to preserve and help save the lives of soldiers in war.

It was not, meant to take you to lunch or get coffee.

So when will I get to take one to lunch or coffee?

The earliest predictions are about 2024. In the interim:

1. We need to validate that the self driving car can work in the rain or snow, because right now, inclement weather throws off its sensors.

3. We need to validate that self-driving cars can handle construction zones, road-hazards, and real-time changes to its “map of the world.”

4. We need to deal with the fact that consumers look at them as taxicabs. What happens when a person in a normal car purposely crashes into a self driving car and carjacks, rapes, or robs the passenger of the car? Who’s fault is that? If a car manufacturer gets sued when this happens, they might get scared away from EVER producing a self-driving car for the general population.

5. How do we handle a law that says “the human must be able to retake control at any time” – when drivers’ skills will degrade rapidly if they do not drive on their own on a regular basis? Just like using a calculator makes you bad at doing math in your head, using a self-driving car will probably mean the population will drive worse, not better.

6. How do we handle the fact that Uber would like to replace all its drivers with self-driving cars, and has no shame in destroying thousands of jobs the moment they are able to?

Will we have unions representing humans over robots? There are already some signs that Uber is going to start seeing union-like behavior from its drivers, demanding better pay and conditions.

Solve all of those problems, and you can have your self-driving car. Just remember not to lose your humanity and compassion in the process. At the end of Terminator 2, Sarah Conner remarks at how remarkable it is that a robot learned the value of human life.

Unfortunately, this logic does not work if the leaders of our companies do not understand or learn the value of humanity.

Technology can be just as destructive as it can be helpful. With a computer in every pocket, and robotics and AI at brink of crossing the chasm, we are at a turning point in humanity. Be careful what you wish for, and be careful what you create.

Because leadership and legislation will come in, only after its too late.

Check out the latest issue of Techdrive Magazine

The Complete Guide to Driving a Sports Car

Most Comfortable Car Seats for Babies

TowGo- Now You Can Back Up Your Trailer Like A Pro

TowGo- Now You Can Back Up Your Trailer Like A Pro

What Can You Salvage From an Old Car?

FTC Makes Statement In Favor Of Tesla, Direct-To-Consumer Sales Should Be Legal

The Average Bugatti Customer Has About 84 Cars, 3 Jets And One Yacht

Is It Cheaper To Buy A Car Or UberX Everywhere? Here's The Math